What to expect when starting – or changing – HRT 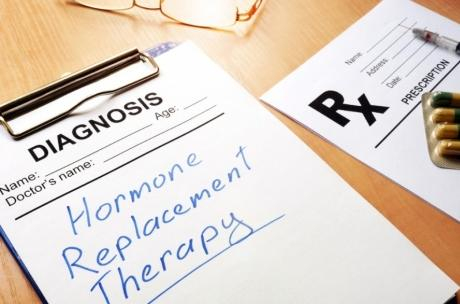 Before starting HRT a full health assessment is necessary to assess any health conditions which may need to be taken into account when considering which type, regime and route of HRT to recommend. It’s also important to understand which symptoms are causing most concern and what each woman’s expectations of HRT are. Lifestyle, working patterns and individual preferences also need to be considered.

Women experiencing a natural menopause (any time after age 45), will usually be offered HRT based on symptoms and will probably not need any blood tests.

Blood tests are usually necessary for women who are younger than 45 when periods stop. For these women who have had an early menopause, taking HRT will be strongly recommended, until at least age 51 (the age of a natural menopause), – even if they feel they don’t have any symptoms. This is because HRT will provide oestrogen that should have still been produced in the ovaries to help prevent heart disease and osteoporosis. Generally using HRT until age 51 carries no health risk.

Using HRT after age 51 will be based on risk/benefit evaluations, which should be reviewed yearly. The National Institute for Health and Care Excellence (NICE) November 2015 menopause guideline recognises that for most women HRT is safe, appropriate, and the most effective treatment for menopause symptoms.

When starting HRT, it’s very common to experience some initial side effects or start-up symptoms such as breast tenderness or breast size increase. Some women describe slight nausea, headaches or abdominal bloating. Light erratic bleeding is also quite usual. Keeping a diary of bleeding patterns is useful to identify if bleeds are settling as expected.

These start-up symptoms should settle after around four to six months and should only be minimal. Occasionally women describe significant and intolerable side effects to their HRT. Without input and support these women often abandon HRT, believing it to not be suitable for them. This is unusual, and can generally be resolved with careful prescribing.

Some women are anxious about taking HRT, or are not comfortable with the regime or delivery route. With additional support and discussion these problems can be addressed and changes made. Its really important to be confident about your HRT choices.

A review approximately 3-4 months after starting or changing HRT is a good time to assess both satisfaction with the HRT prescription and its effectiveness in treating menopause symptoms. By this time most start-up symptoms (if any occurred) should be settling. If not, changes to the HRT prescription can be discussed.

Women settle differently on HRT, and some settle faster than others. If symptoms are due to the lower hormone levels that occur during the menopause, these symptoms should improve quite quickly, however, many women notice a plateau or return of symptoms after a few months – and this is when a review can be useful. Vagina and bladder symptoms (Urogenital Atrophy) will take longer than a few weeks to resolve.

If taking a ‘monthly bleed’ type of HRT, a monthly bleed pattern should be established by three or four months.

Some women settle on ‘no bleed’ HRT straightaway, and some keep on getting breakthrough bleeds for up to six months. If bleeding episodes are getting less often and lighter, it will be presumed that the body is slowly settling into the HRT regime.

But if bleeds are getting heavier or are continuous, investigations will be required to check if there is any underlying cause: Polyps are very common and can bleed quite heavily. Although less common, the is a small possibility that unexpected bleeding can be caused by uterine cancer.

Any abnormal or unexpected bleeds (even light spotting) which occur after previously being settled on HRT should be reported to the General Practitioner.

Once settled on HRT, an annual review to include a general health assessment and HRT risk/benefit evaluation is recommended. The decision to stay, change, or stop HRT should be a jointly made, informed decision based on changes to health and any new research findings during the previous year.