With Shortages of HRT continuing, is swapping to Bioidentical HRT the answer? 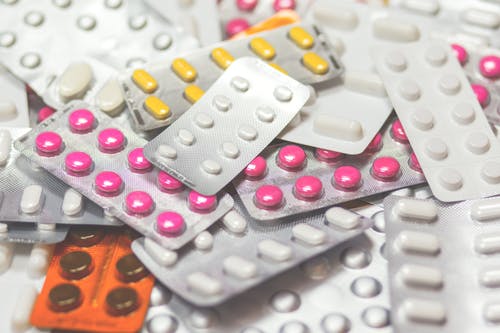 Bioidentical HRT appears to be readily available and easily accessible, but is it safe, and what’s the difference?

Most bioidentical hormones are derived from plant sources, as are most types of traditional, Bodyidentical, HRT - and both undergo synthetic processing in laboratories to obtain the hormones used. However, this is where their similarity ends.

First, some science - There are actually 4 main types of oestrogen in the female body: The most potent oestrogen produced from the ovaries in the years before the menopause is estradiol (E2). Estrone (E1) is the predominant, but much weaker oestrogen produced after the menopause. The fluctuating and declining levels of E2, which occur during perimenopause as the ovaries stop functioning normally, is understood to be the cause of menopause symptoms - and deteriorating heart and bone health.

Unfortunately, E1, produced post menopause, is too weak to prevent symptoms or to protect heart and bones. During pregnancy, the main oestrogen is produced from the placenta and is called estriol (E3), whilst estetrol (E4) is another oestrogen created by the developing foetus during pregnancy. Exciting research is underway to utilise E4 in HRT and contraception as a safer alternative to E2.

Traditional HRT is usually prescribed to counteract falling oestrogen levels by replacing it - generally with 17beta-estradiol - which is identical to E2. 17beta-estradiol is extracted from soybeans and yams and is described as a bodyidentical hormone . If oestrogen HRT is used in women who still have a uterus, a progestogen is also prescribed to prevent stimulation of the womb lining, which if occurs, could lead to cancer.  The amount and type of progestogen needed to provide this vital protective function has been carefully researched. Micronised progesterone is also bodyidentical since it mimics natural progesterone. Bioidentical hormones are also precise duplicates of hormones such as E2, E3, E1, progesterone, testosterone and levothyroxine, made in the ovary, adrenal and thyroid gland. The term “bioidentical” generally refers to unlicensed custom-compounded products that are often in cream, lozenge and vaginal form, prepared by “specialist pharmacies.”

Although there is no medical evidence recommending combining E2 with other less potent oestrogens (indeed, E1 and E3 function as competitive inhibitors of E2 because they use the same receptors, and don’t naturally appear together in the body); specialist pharmacies/bioidentical HRT prescribers have interpreted this to mean that E2 needs to be ‘balanced’ with its antagonists, E1 and E3, in order to be optimised.

This rationale forms the basis for combining hormones, oestrogens in particular, which are usually mixed with some progesterone and testosterone. Practitioners claim to be able to calculate the exact amount of hormone that each women needs from salivary hormone levels, they then replace the precise amounts through compounded bioidential HRT.

Although this may sound ideal, unfortunately since these products are marketed as supplements, they are therefore not subjected to the same tests of safety, efficacy or dosing consistency that bodyidentical HRT is.

Bioidentical HRT is unlicensed, meaning it is not regulated by MHRA UK (the national medicines regulatory authority). As a result, these products have not been through the rigorous drug development processes - unlike conventional UK medicine. Therefore, bioidentical HRT has not been scientifically tested in controlled randomised clinical trials for effectiveness and safety against placebo or conventional HRT.

There are currently no controls or regulations on the production, prescribing or dosing of bioidentical hormones. Whilst manufacturers claims about safety, effectiveness and the superiority of their products are widespread, concern has been expressed about both the safety and effect of bioidentical hormones since very little scientific information is available. The absence of warnings on the products regarding potential risks and side effects is also troubling. In addition, many such products deliver progesterone transdermally in cream or gel preparations. The absorption of progesterone through the skin is variable and fluctuating and as a result may not provide sufficient uterine lining protection. Further, using hormone levels in saliva to predict which hormones should be replaced is unreliable since hormone levels fluctuate significantly.

Prescribers of compounded Bioidentical HRT are often healthcare professionals who are not experts in the field of menopause medicine and have not been certified by the British Menopause Society or any other postgraduate educational organisation as having appropriate training in this speciality. Compounded Bioidentical HRT is not recommended by the menopause societies. Whilst HRT shortages are causing much stress and distress for women, swapping to a similar Bodyidentical HRT product is generally appropriate - if you are having difficulty obtaining your usual prescription talk to your GP or Chemist, or look here for further updates.