Hot flushes and night sweats are experienced by many menopausal women for an average of seven to thirteen years, and for some, these can last a lifetime. Women who are seeking to improve these menopause symptoms without using HRT can consider prescribable alternatives. These medicines have been developed for other medical conditions, such as epilepsy, pain or high blood pressure, but have also been found to have a beneficia 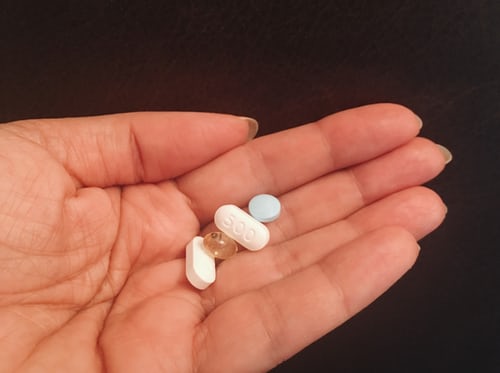 l effect on some of the most common and debilitating menopause symptoms.

These alternatives can improve hot flushes and night sweats, and in some cases, mood and sleep too. The valuable heart and bone protection from HRT is unfortunately not gained with these treatments,  these medicines may be less effective than HRT, therefore women avoiding HRT may need to use a number of treatments, lifestyle changes and interventions to gain good symptom relief.

Clonidine is the only non-hormonal drug licenced for use for hot flushes in the UK. It’s an old-fashioned blood pressure medication. Clonidine may not work at lower doses – if using this medication its worth increasing the dose before deciding its not working. The dose can be increased slowly over two-week intervals: Clonidine 25mcg is prescribed at a starting dose of twice daily and increased gradually to a maximum of 75mcg twice a day. The higher the dose, the more likely clonidine is to work, but it’s then also more likely to cause side effects, such as sleep disturbances and a dry mouth. Obviously not everyone experiences side effects, or, some women will find side effects acceptable if they gain good symptom relief. Since clonidine lowers high blood pressure (hypertension), it can also reduce normal blood pressure and may not be suitable for women with low blood pressure. If clonidine doesn’t work, women should wean off the medicine very gradually to avoid what’s called ‘rebound hypertension’. 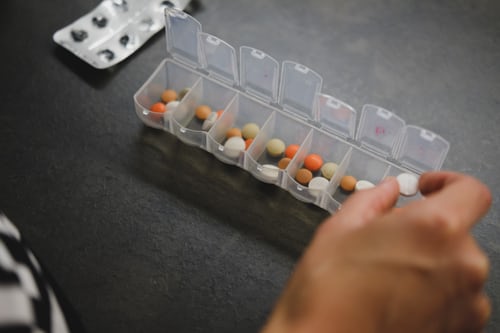 Anti-depressants are often offered to menopausal women, sometimes because of a lack of confidence regarding HRT prescribing. NICE guidance clearly states that for most women HRT should be considered as first line treatment for menopause symptoms – including anxiety and low mood. However, for women avoiding hormonal therapies, antidepressants from the family of Selective Serotonin Reuptake Inhibitors (SSRIs) can be very useful. Unfortunately a stigma around taking antidepressants continues to influence some women, preventing them from accessing a widely recognised and valid treatment option.

Fluoxetine and Paroxetine must not be used alongside Tamoxifen

(a breast cancer medication), as these SSRIs interact with Tamoxifen and makes it ineffective. Instead, Venlafaxine, a mix of SSRI and Noradrenaline Reuptake Inhibitor (SNRI), is often recommended for breast cancer survivors taking Tamoxifen; starting at 37.5mg once a day and doubling to 75mg a day, Venlafaxine can significantly reduce hot flushes, improve fatigue, mental health and sleep disturbance.

All SSRIs and SSRI/ SNRIs can have associated start up symptoms, which are generally short lived and settled after a few weeks – since these medications work as mood enhancers, the first few weeks can be challenging– women report feeling groggy, “spaced-out” or sometimes even lower in mood or more agitated. It is after these start up symptoms have worn off that women can start to feel the benefit of improved menopause symptoms. Side effects, such as dry mouth, nausea, constipation and appetite problems which are commoner at higher dosage, and reduction in libido can occur.

Everyone varies in how they respond to treatment.

For women with limited treatment options it is worth persevering and trying a second or even third antidepressant.

Both of these medications are usually used to treat epilepsy, nerve pain and migraine. Gabapentin reduces hot flushes at a dose of 900mg per day in about 50% of women. Pregabalin is prescribed at a dose of between 50mg and 300mg with the same benefit. In addition to suppressing flushes and sweats, Gabapentin causes drowsiness and, if taken at night, can improve sleep and may also help to reduce any pain, but some women find it very sedating in the day as well. Pregabalin doesn’t have this effect on sleep, but it works as a useful antidepressant.

The possible side effects of these drugs are dry mouth, weight gain, dizziness and drowsiness, which is worse with higher doses. A small dose is commenced and increased gradually, according to the effect on symptoms and side effects. A major problem now recognised is that gabapentin and pregabalin are addictive, and, in the United States, these medicines are linked to an epidemic of dependence. In the UK, since 1st April 2019, these medicines have become subject to special rules requiring a ‘words and figures’ prescription in a set format, in which only one month of medicine can be prescribed at a time.