Menopause after hysterectomy - how will I know? 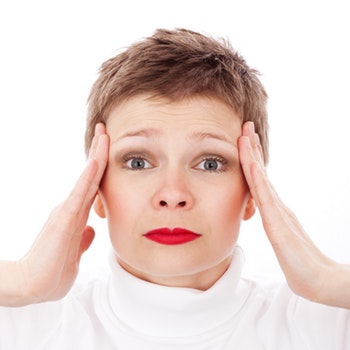 One of the most noticeable - and reliable -  signs of menopause is lack of periods. Obviously, once a woman has a hysterectomy (removal of the womb), she can no longer track her periods to help identify if she is becoming peri or even post menopause - and some women don't recognise or require treatment for other menopause symptoms.

This is important because women who enter menopause early particularly under age 45 are at a significant risk of Cardiovascular Disease and Osteoarthritis - . even if they have no menopause symptoms, younger women are generally advised to consider HRT to protect their heart and bones.

Women undergo hysterectomy (surgical removal of the uterus or womb) for various reasons including period problems not improved by other treatments, fibroids, endometriosis, prolapse and malignant or premalignant changes of the uterus, cervix or ovary.

Hysterectomy can either be total, where both the uterus and cervix are removed, or sub-total, where the main part of the uterus is removed but the cervix is retained (and smears will still be required).

A total hysterectomy simply means the full womb – with cervix – has been removed and shouldn’t be confused with having “everything” (ovaries and tubes) removed.

At the time of a hysterectomy, ovaries can be left behind (conserved), or one or both may be removed.

Women who have both ovaries removed before they have reached menopause, will immediately become post-menopausal. This sudden, “surgical menopause” may cause significant oestrogen deficiency symptoms within a few days of surgery.

However, even if one or both ovaries are conserved at the time of hysterectomy, it is possible that the ovaries can be “shocked” by the operation and stop functioning earlier than expected. This may mean that an earlier than usual menopause occurs, and can happen immediately after surgery or a number of years later.

Symptoms of oestrogen deficiency (flushes sweats etc) may be noticed. If this happens before age 45 it is especially important to discuss these symptoms and the possible use of HRT. Oestrogen protects women from Osteoporosis and Cardiovascular disease, so early menopause increases the risk of these conditions.

Sometimes, the conserved ovaries may fail earlier than usual, but, falling oestrogen levels do not always cause noticeable menopause symptoms (silent ovarian failure). It’s therefore possible that younger women won’t recognise that they have entered menopause, and could lose the opportunity to consider treatments to protect their heart and bones.

It is therefore suggested that following a hysterectomy with one or both ovaries conserved before the age of 45, a blood test can be taken approximately once per year, to check if an early silent menopause has occurred. (If menopausal symptoms have developed, blood tests are not required).

If HRT is commenced following hysterectomy, it is usually prescribed as an oestrogen only preparation.  HRT using a combination of oestrogen and progestogen (which is recommended when the uterus is still present to protect the lining cells from oestrogen stimulation) is often used after a hysterectomy when widespread endometriosis is present, or following certain cancers. 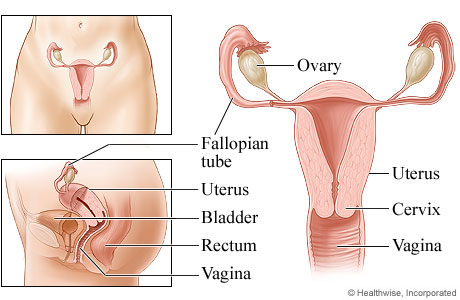 Sub-Total Hysterectomy If the main part of the uterus has been removed but the cervix left in place, it is currently uncertain whether HRT can be given in the form of oestrogen-only or whether oestrogen combined with progestogen is necessary.  This is because since the cervix is a continuation of the uterus, it is possible that womb lining (endometrium) cells can be present in the cervix. If they are, they need protecting just as the uterus lining does. If endometrium is in the cervical canal, cells could become thickened (potentially unhealthy) from oestrogen stimulation. This thickening can be prevented by adding progestogen.

To determine if progestogen is required, it may be suggested to trial oestrogen combined with cyclical progestogen for  3 months after hysterectomy. If there is monthly bleeding in this time, it means that endometrial cells are present and are responding to the hormones; so both oestrogen and progestogen should be used thereafter. (These hormones can be given together continuously to avoid monthly bleeding). If there is no bleeding in the first 3 months, then oestrogen can be safely given on its own.